The book “Karl Morgenstern 250. Qui vult, potest” introduces the life and work of the first director of UT Library 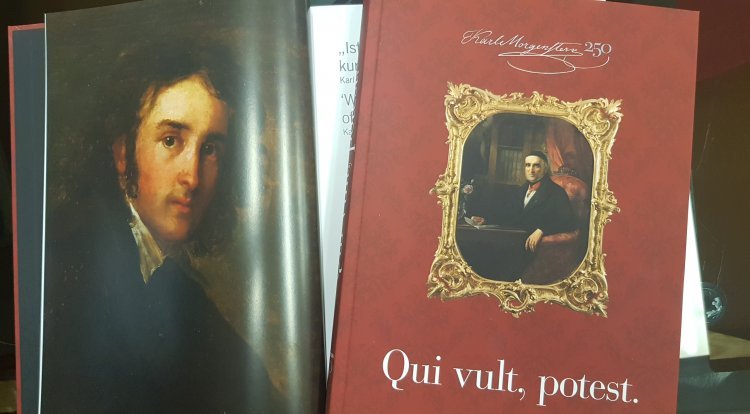 The collection of articles “Karl Morgenstern 250. Qui vult, potest" about the life and work of  Johann Karl Simon Morgenstern has been published.

The book is compiled to celebrate the 250th anniversary of the German origin scholar and the first director of the UT Library and Museum Karl Morgenstern (1770–1852). Morgenstern can be considered the founder of the humanities in Estonia. Being already acknowledged among the researchers, he arrived at the University of Tartu in the year 1802. He worked here as the professor of rhetoric, classical philology, aesthetics and history of literature and art.

Already in his youth years he followed the motto „Qui vult, potest“  – „He who wills, can“. With this attitude he initiated many processes and managed to finalize quite a few of them. In Tartu Morgenstern became an important cultural ambassador who actively took part in is the re-opening of the university and in the local cultural life.

The published collection of articles introduces his trip to Tartu, his activities at the university and the impact that he had on the cultural and educational life here. Also, a couple of articles are about the family of Morgenstern as well as about the places that are related with him.

While compiling the book, a majority of the collection of Morgenstern manuscripts, kept in the University of Tartu Library, were digitized.

The collection of articles, in Estonian as well as in English, was published by the UT Museum and Library. The publishing was funded by the University of Tartu and the Cultural Endowment of Estonia. The book is available in the e-shop and in the information point of the library.