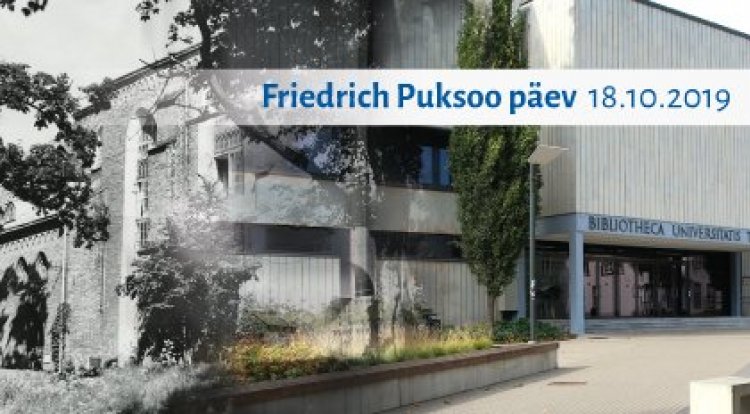 Presentations of the first part of the seminar reflect the life and work of Friedrich Puksoo, the long-time director of the UT Library; the second part of the seminar focusses on the role of the library and its options for the future. UT professor of classical philology Janika Päll, academician Jüri Engelbrecht, the cultural editor of the Estonian Public Broadcasting Joonas Hellerma, and the chief editor of the cultural newspaper Sirp, Kaarel Tarand, will be among the presenters.

The Estonian Minister of Culture Tõnis Lukas will give the biennial Friedrich Puksoo Prize to the author of the best research in the field of book history, librarianship or bibliography in the years 2017 and 2018.

An exhibition about Fr. Puksoo, compiled by the librarian of the UT Library Department of Manuscripts and Rare Books, Aili Bernotas, can be viewed in front of the Conference Centre.

Fr. Puksoo became the director of the UT Library in 1920. Due to the fact that Estonian became the working language of the university, Puksoo established new library collections of Estonian-language books and periodicals and recent foreign literature. He also initiated the creation of the Estonian National Bibliography.