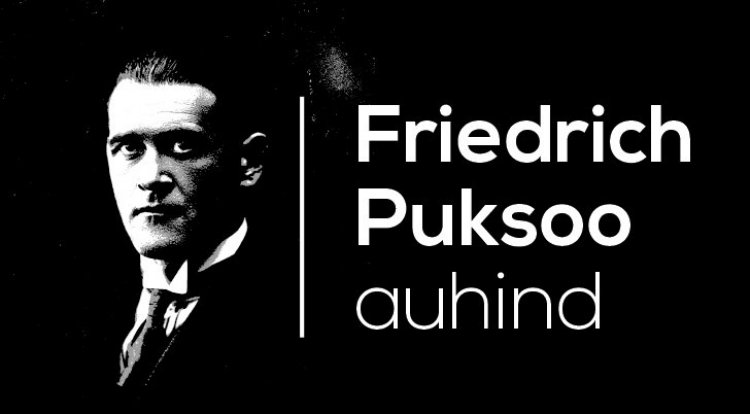 Friedrich Puksoo Prize 2020 was awarded to the catalogue With Work and Devotion. 500 years from the birth of the most famous publisher of the Netherlands Christophe Plantin, compiled by Ülle Mölder, Janika Päll and Kaspar Kolk and designed by Lilian Mengel.  The catalogue is accompanied by the online exhibition under the same title.

When discussing the winning work, the members of the awarding committee Piret Lotman, Malle Ermel and Aira Võsa pointed out the importance of the detailed and culturally significant overview of the publishing house, made by the authors. “Our common decision was that this work, creating of which required very specific knowledge in classical philology and the early modern period, definitely deserves the Puksoo Prize,” said the chairman of the committee Piret Lotman.

The prize-winning catalogue introduces the printing house, established in Antwerpen in 1555, owned by Christophe Plantin. The publications printed at the Plantin Press were later called Plantins as well. During three centuries, the Plantin Press printed mainly religious and humanistic literature, but also books by ancient authors. The catalogue introduces and describes in great detail the books printed at the Plantin’s printing house, the original copies of which are also held at the University of Tartu Library.

The books printed by the Plantin printers will be shown in the exhibition in the TU Library in April.

In addition to the prize-winning work, the committee highlighted the articles based on the Latin texts about the early modern conceptions of medicine, fauna and flora, written by Kaarina Rein in 2019-2020. So far these topics have not been very closely studied in Estonia. The German-language explorative database “Sammlungen der Gelehrten Estnischen Gesellschaft”, uniting the scholarly ideals of Morgenstern with modern technology, compiled by the UT postgraduate Larissa Leiminger, was also recognized by the committee.

The Puksoo Prize-winning catalogue is available on Dspace: http://hdl.handle.net/10062/67328,  the online exhibition can be visited here:  https://plantiinid.weebly.com/.

The Prize named after Friedrich Puksoo (1890-1969), a long-time director of the UT Library (1919–1944), was founded in 1990 and it is awarded in every two years. Its objective is to recognise the author(s) of the best research in the field of book history, librarianship or bibliography during the period; the Prize is issued by the Estonian Librarians’ Association and the UT Library.