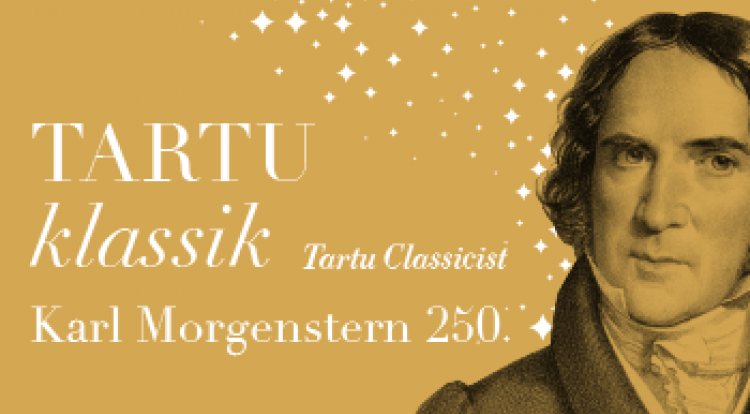 On 24 September, the exhibition “Tartu Classicist” was opened in the University of Tartu Library to celebrate the 250th anniversary of its first director Johann Karl Simon Morgenstern. The exhibition displays a selection of documents, books and works of art from the library collections related to Morgenstern.

“The heritage of Karl Morgenstern is really impressive – we could put together a new exhibition every year,” said the curator of the exhibition, librarian of the Department of Manuscripts and Rare Books Moonika Teemus. “His archives contained almost 600 volumes of documents, his library included approximately 11 000 books, and our library has a part of his art collection too. Our exhibition can show only a very small part of these collections, but I believe that it can still tell our visitors about who Morgenstern was and why he is still so important for us.”

The exhibition “Tartu Classicist” gives an overview of K. Morgenstern’s life starting from his school-years. We can see his school notebooks, texts of his first speeches, lecture notes he took during his university studies, the research plan which he had drawn at the age 26, as well as his travel diaries, personal diaries and some examples from his wide correspondence. The texts of lectures, publications and speeches give the visitors a good idea of the work and organisational tasks of the first director of the library and museum.

Karl Morgenstern, a professor of rhetoric, classical philology, aesthetics, and history of literature and art, and the founder of the university art museum, was the director of the university library in 1802-1893. The collections that he left to the university have even today proved to be a vast source of research material for scholars.

The exhibition was created by Moonika Teemus, Mare Rand, Janika Päll and Malle Ermel, and designed by Lilian Mengel. It will remain open until 17 January 2021.