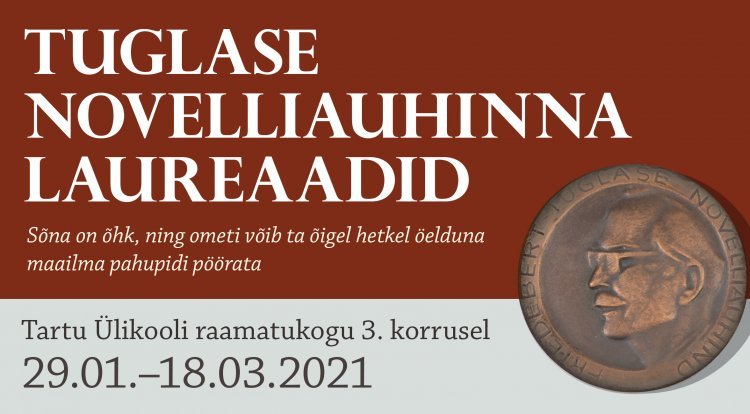 The exhibition “Winners of the Friedebert Tuglas Short Story Award” on the 3rd floor of the UT Library presents the first printed editions of the short stories which have been awarded the prize named after one of the best short stories writers in Estonia.

The Friedebert Tuglas Short Story Award, first issued in 1971, is the oldest continuously-awarded literary prize in Estonia. Two winners, selected among the authors who have published short stories during the previous year, are announced every year at the Under and Tuglas Literary Centre on Friedebert Tuglas’ anniversary on 2 March.

Short story as a literary genre was definitely the favourite of Friedebert Tuglas. In his opinion, writing of short stories sets the highest standards and expectations to the authors.

The exhibition shows 100 short stories, which have won the prize within fifty years. Among them you can find works by Jaan Kross, Madis Kõiv, Aino Pervik, Mihkel Mutt, Urmas Vadi, Maarja Kangro, Mudlum and many others.

The exhibition was compiled by Marianne Tiik and Katri Armolik, designed by Eve Valper. It will be open until 18 March.