On 28 August, UT Library and UT Art Museum will celebrate the Day of Morgenstern 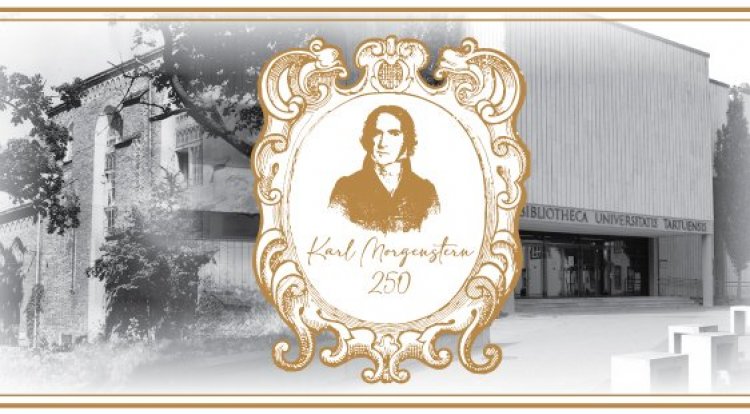 This day, the restored monument to Karl Morgenstern will be opened on Toomemägi, and free tours will take people to places related with Morgenstern’s life and work. A memorial ceremony will be held at the Raadi Cemetery.

“Karl Morgenstern is an important person for the University of Tartu and the city of Tartu. He is a classic humanist, whose activities shaped the essence of the University, as well as the city of Tartu – he was the founder of the university library and art museum, helping Tartu to develop into a university town which values cultural traditions,” said the director of the UT Library Krista Aru. “He spent fifty years of his life in Tartu, but actually, he belonged to the wider European cultural community. Morgernstern was one of the first popularisers of science and the humanistic lifestyle. Not to mention that he valued the educated person, as well as beautiful nature and clean living environment.”

At 12.15, free tours will be held at the University of Tartu Museum and Art Museum. The first tour introduces the new permanent exhibition at the University Museum in the old Cathedral, the former location of the university library. The other tour takes people to the Art Museum in the University Main Building, to the exhibition “The enchanting art of stone cutting. Morgenstern 250”, which shows the life and heritage of the great man. The tour guides are doctoral student and museum guide Ken Ird and director of research of the museum Jaanika Anderson.

The memorial ceremony at the Raadi cemetery will be held at 14.15. Rector of the University of Tartu Toomas Asser, Mayor of Tartu Urmas Klaas and professor emeritus of the University of Tartu, classical philologist Anne Lill will speak about Morgenstern. Senior research fellow of the UT Library research centre, classical philologist and translator Janika Päll reads out an excerpt from the inauguration speech of Karl Morgenstern.