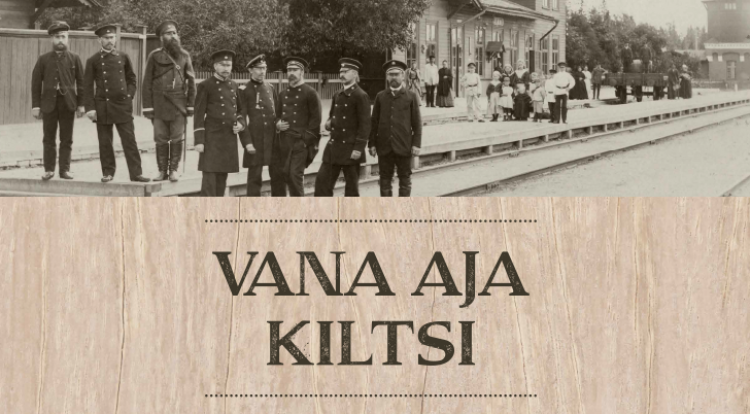 Photo exhibition “Kiltsi of the Old Times”, also displaying books of the writers who have been born or are living in the Kiltsi borough, can be viewed on the second floor exhibition area of the UT Library.

The exhibition gives an overview of the historical development of the Kiltsi borough and displays books written by people who have or have had connections with Kiltsi. Linking together the creative impulses of the books, their authors and the place on the map posed an exciting challenge for the creator of the exhibition.

The exhibition shows the local economic and social activities during the first twenty years of the Estonian Republic. A display of books from the authors who are in one or another way connected with Kiltsi complements the photo exhibition.

The contribution of inhabitants of the small Kiltsi to the Estonian literary life is quite remarkable. The poet Kersti Merilaas, the children’s author Heino Väli, the prosaist Jüri von Grauberg, the translator and author of short stories Mihkel Jürna have all spent some of their school-years in Kiltsi. Books by the writer, teacher and conductor Arno Kasemaa, and by the children’s author and playwright Peäro August Pitka, alias Ansomardi, are also on display.

The former inhabitant of Kiltsi Ernst Kilkson wrote textbooks of physics. The former headmaster of the Kiltsi primary school, later a professor at the University of Tartu, Villem Alttoa, wrote several books on literature.

From 1952 until 1972, children all over Estonia learned to read from the primer co-authored by the former teacher of Kiltsi primary school, Leida Alttoa.

The exhibition was created by Madis Michelson; it will be open up to 7 February.