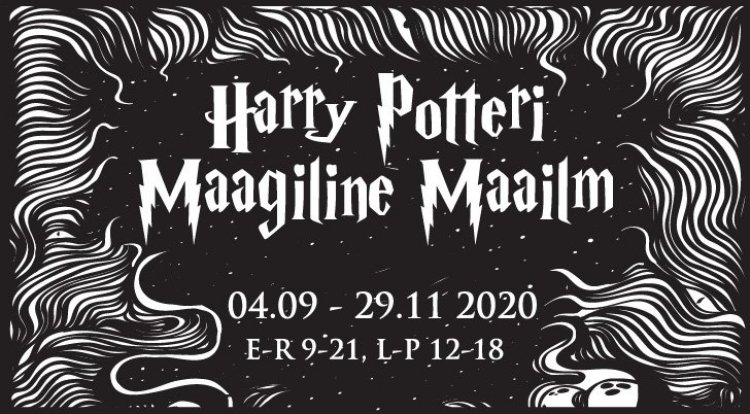 The exhibition “The Magical World of Harry Potter” in the UT Library offers a joy of recognition and discovery to all fans of the famous literary character. The exhibition was prepared in cooperation with students of the Tartu Art College.

“Last year one of our colleagues, who is also a fan of Harry Potter, discovered that the famous character will be 40 years old this summer,” the communication manager of the UT Library Herdis Olmaru explained the idea of the exhibition. “We developed the idea further and thought that it would be great to celebrate his birthday with an exhibition – Harry Potter is definitely a favourite character of most of today’s students.”

Students of the Tartu Art College became involved in the preparations already from the very beginning. They took care of the exhibits placed all over the library building which add excitement to the traditional book display.

The exhibition brings out characters and moments which are familiar to all fans of Harry Potter. A fresh issue of the newspaper Daily Prophet was published as well, including, beside the articles, also the plan of the exhibition.

The exhibition of Harry Potter was brought to life by Svea Kaseorg, Kaisa Kauksi, Laura Laanisto, Kaili Kliimask and Kersti Kuusemäe from the UT Library, all the exhibits were made by Liisa Nurme, Pilleriin Kreek and Kätriin Säde from the Tartu Art College; the designer-artist was Tiit Pähnapuu who graduated from the Pallas University of Applied Sciences in spring.

The exhibition texts are both in Estonian and in English, and it will be open until 29 November.