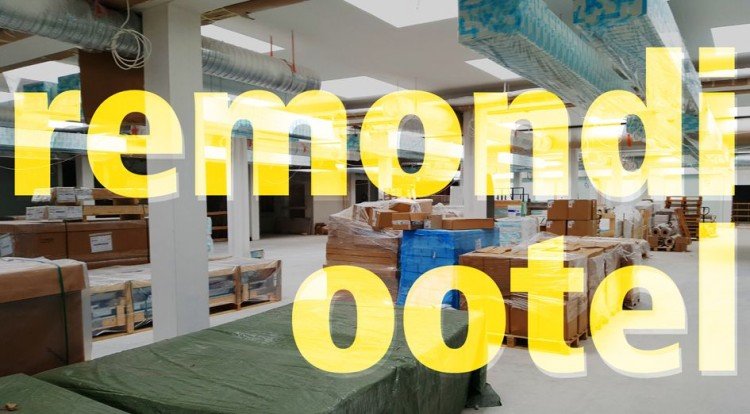 On 23 May 2017, the University of Tartu announced a public procurement to resume the stalled reconstruction works in the library.

Vice Rector for Development Erik Puura says the university has decided that the works are carried out in phases, like in the previous procurement for construction works.

During the first phase of works, the area in front of the building is partially reconstructed and the wastewater and rainwater sewage system is built. In the building, construction works continue in the foyer, the first-floor rooms with book repositories, the second floor, new staircases, small goods lifts and passenger lifts are completed.

During the second phase, works resume according to the design plan in areas inaccessible to visitors, e.g. basement repositories and the existing staircases. In the third phase, all the remaining construction works both in and outside the building are completed and handed over.

For participation in the procurement, the tenderer’s net turnover in construction works over the last three financial years must be at least 5 million euros per each year. The deadline for submission of tenders is 12 July 2017 at 10:00. After that it takes at least one month to signing the procurement contract.

The completion period of construction works is maximum 17 months after the procurement contract is signed. During that time, the library services its readers in pop-up reading rooms, and also the subject libraries are open.

The University of Tartu made a contract with AS YIT Ehitus for the reconstruction of the university library building for 6.7 million euros in May 2016. According to the contract, the works were to be completed in stages and the library was to be opened to visitors at the beginning of October 2016 already.

As YIT Ehitus failed to meet the agreed deadlines, UT sent a notification to AS YIT Ehitus at the beginning of January about cancellation of the library reconstruction contract.

Since the beginning of 2017, the University of Tartu has tried to come to an agreement with AS YIT about the volume and quality of construction works performed in the library. According to Vice Rector for Development Erik Puura, the negotiations have reached the final stage and the parties aim to sign the agreement at the end of May.